The Implementation of Law No. 16 of 2019 Through the Work Unit Of Kencana Malang City in Efforts to Control Early Marriage

Early marriage is increasing every year, this has many causes, both from the environment, education or other things. The environment is very influential in the occurrence of early marriage because of the environment that shapes how the child is. Teenagers who are not old enough can be ensnared or become victims because they do not know about marriage and family. It's just a matter of sheer pride and forgetting that families have rights and obligations. One way to reduce this early marriage is through the Kencana work unit (SAKA) in Malang City. Through SAKA Kencana, it is hoped that it will be able to control the increasing number of early marriages. This study used field research methods supported by a descriptive approach. The results of this study indicate that through SAKA Kencana Malang City can control the number of early marriages using the Character Empowerment Strategy in each of its activities. Activities in the form of sharing or exchanging knowledge, outreach among members and BKKBN or to several schools as well as character empowerment which is aimed at teenagers can plan a better future life. About good planning for families who need careful preparation and other lives. 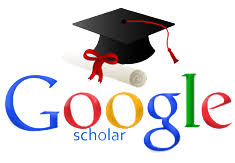